Members of Houston’s Indo-American community came together this week to honor more than 40 Indian soldiers killed in a recent suicide bombing in a disputed Indian region.

About 200 people packed India House, a community center in southwest Houston, for the Wednesday night event. The tone in the room was somber and patriotic as musicians performed nationalist songs and about 15 speakers, including representatives of U.S. Rep. Dan Crenshaw and Sen. Ted Cruz, condemned the attack and pledged support for India. 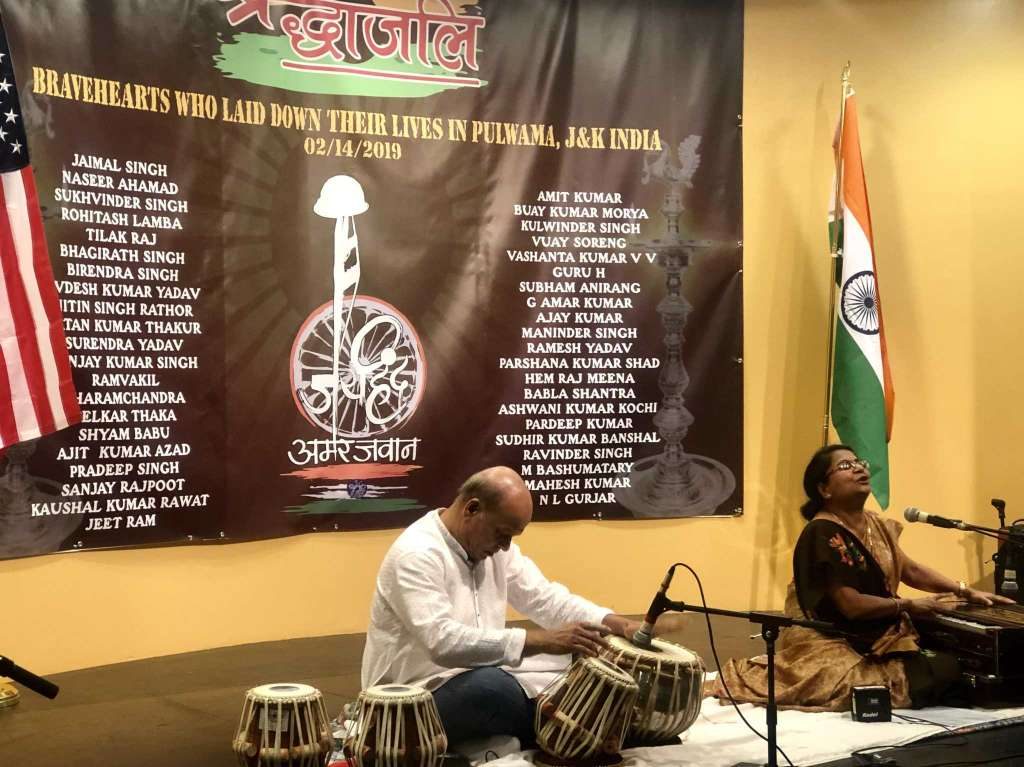 “We see this as an attack on democracy and freedom, and even on the United States,” said Jason Fuller, who was representing Cruz. “So we’re going to stand firm and resolute… continuing to stand with our friend India.”

A member of the Pakistani terrorist organization Jaish-e-Mohammad reportedly drove an SUV loaded with almost 300 kg of explosives into one of the 70 vehicles of a Central Reserve Police Force convoy on Feb. 14. India Today reported that at least 44 soldiers died in the attack in Pulwama, a district in the state of Jammu and Kashmir — a source of conflict between India and Pakistance since partition in 1947. 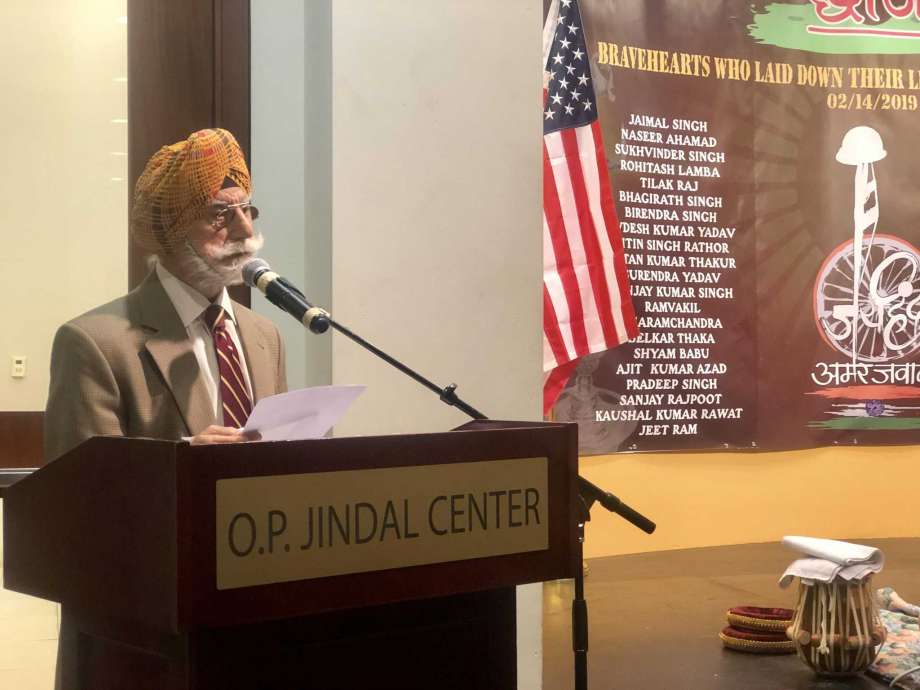 “It has been almost 72 years that we have this Kashmir issue,” said Raj Bhalla, who served as a colonel in the Indian Army for decades. “Too many lives have been lost. Time has come to act.”

Both countries claim the territory and have fought multiple battles over it. Bhalla said that although the Indian government treats Jammu and Kashmir “as an integral part of India like any other state,” the citizens of the area also “enjoys a special status” — they receive subsidized commodities and can buy property, do business and seek employment anywhere in India.

Bhalla and other speakers called for the Indian government to abolish Article 370 of the Indian Constitution, which grants Jammu and Kashmir the autonomous status he described.

“It is about time that the state of Jammu and Kashmir should be open like any other state, and you will see how new industries and employment will come to the state and there will be progress and development in every field,” he said.

Attendees and speakers urged that the Indian government respond aggressively to the attack.

A representative of the Indian Muslim Association of Greater Houston stressed interfaith support.

“Terrorism has no religion,” said Latafath Hussain. “And the victims represented the entire diversity of India. I urge the government of India to give such a riveting reply that every would-be terrorist would have to think 100 times before committing another act.”

About the Author: admin