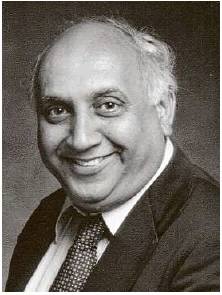 Syal, whose family and friends described him as an intelligent man with a caring heart and big smile, worked as an engineer for the Texas Highway Department for more than 45 years. Yet he had a passion for bringing people together and his service in the Hindu community was driven by a commitment to preserve his heritage.

“He was a great unifier who brought the whole Hindu community together,” Devinder Mahajan, chairman of the board of advisers of Hindus of Greater Houston, said during a tribute to Syal’s life Sunday.

Syal was born in Punjab, India and came to the United States in 1958 to attend Tulane University. He moved to Texas to continue his education at Texas A&M University and later the University of Houston. He settled in La Marque and began working for the highway department in 1965, where he helped engineer such projects as the Bolivar Ferry Landing and Emmett R. Lowry Expressway.

After establishing himself in Houston, Syal sought a place where all Hindus could gather regardless of where they came from or their language or dialect. He founded Hindus of Greater Houston and launched the Janmashtami festival in 1990. The festival, which celebrates the birth of Hindu deity Krishna, is held at the George R. Brown Convention Center. This year’s event, the festival’s 31st, took place in August and was adrive-thru celebration due to the COVID-19 pandemic. Ceremonies were held outside and attendees watched from their cars.

“Unity in the community was the lesson and the greatest gift Raj Syal gave to all of us,” Thara Narasimhan, Hindus of Houston president, said during the Sunday tribute, which took place via Zoom. 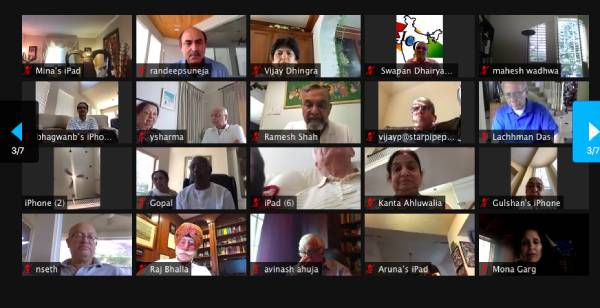 Syal’s grandson Kris Syal described his grandfather as humble and caring who always took a strong interest in his grandchildren’s lives. “He always wanted to hear about how school was going, how our personal lives were and how we were planning for the future,” Kris Syal said. “He made us feel important.”

He had a simple, straightforward temperament and always had a smile on his face, Devinder said.
“He was a great leader who led by example,” Devinder said. “The whole Hindu community will miss him dearly.”

Syal’s social service work also led him to co-found Houston’s India Culture Center and Hindu Worship Society. In 2013, Hindus of Greater Houston honored Syal with a lifetime achievement award for his service to the Hindu community.